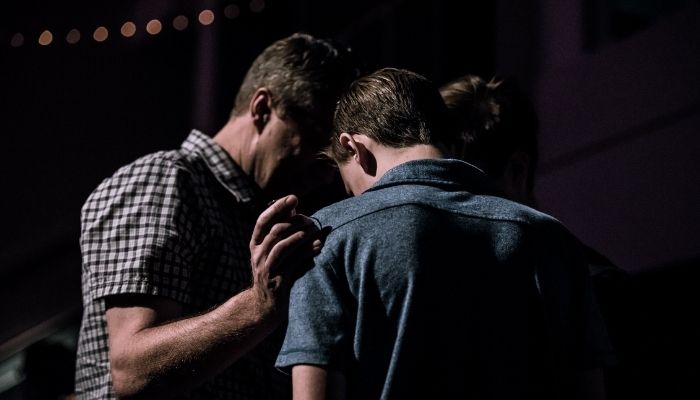 The Corinthian church developed a reputation of being a problematic church during Paul’s time. One of the most infamous problems they faced was the scandalous relationship between a man and his stepmother (1 Cor. 5:1). With all the outrageous and discreditable behaviors that characterized this church, it is interesting to note that Paul addressed them as “those sanctified in Christ Jesus, called to be saints” (1 Cor. 1:2). How can a sinful church be called a sanctified church at the same time? In most of his letters, Paul affirms both of these conflicting realities as being true at the same time. I think this Pauline theme can help us counsel a member of our church who struggles with persistent sin in two ways: First, it shows him that his identity in Christ is what determines his behavior. Secondly, his struggle with sin can be an opportunity to experience the transforming power of the gospel.

First, Dr. Jonathan Linebaugh explains that common sense says, “Your works determine your worth. . . . But Paul reverses the order of doing and being.”1 For example, in 1 Corinthians 15:10, Paul states that his identity is rooted in the grace of God. This identity became his motivation to be a diligent minister of the gospel. Linebaugh concludes, “His identity determined his actions.”2 Knowing this truth is crucial in helping a believer who struggles with persistent sin because it reminds him that his new identity implies a new life that produces godly behavior. If he knows that his identity is fixed in Christ, he will be motivated to pursue holiness because he has been “set apart for holy use.”3

Secondly, Linebaugh notes that “God’s law says you are sinners but God’s grace says he loves you while you were still sinners and has sent his Son to die for your sins” (Rom. 5:8).4 Hence, in Christ, there is nothing a Christian can do that will make him more lovable to God. Linebaugh rightly concludes, “Our being loved by God is what makes us lovable. Not the other way around.”5 It was this understanding of God’s love that caused Paul to appropriate the gospel in his life when he struggled with sin. As a sinner, he recognized his own weaknesses (Rom. 7: 21-23) and the way he was delivered from them. He states, “Thanks be to God, who delivers me through Jesus Christ our Lord” (Rom. 7:24)! Indeed, Paul understood that his positional righteousness is what motivated him to pursue practical righteousness (Eph. 4:1). Through his example, the struggling saint is reminded that the gospel is not only the power of God that brings salvation (Rom. 1:16) but is also the means to true transformation.

Understanding this Pauline theme is crucial in Christian ministry because it helps us to be patient and gracious with every member of our church. Knowing that we are sinners just like them allows us to extend grace when certain expectations are not met or when we have been sinned against. Moreover, it allows us to see them as saints who have been made perfect by the imputed righteousness of Christ. Hence, our love for them must not be based on their performance but on their identity as saints who have been perfectly and eternally loved by God.