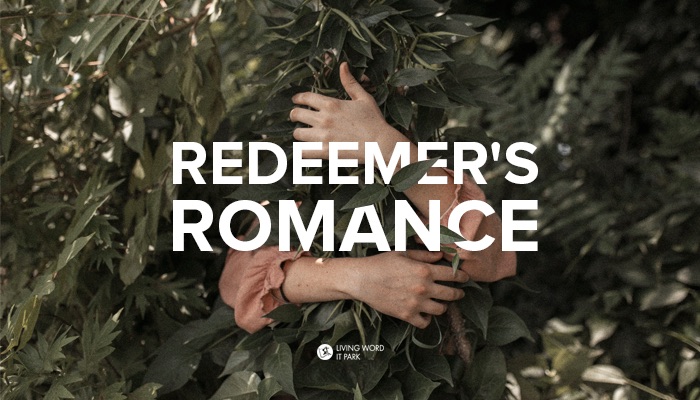 What is a love story? What makes the idea of romance the most prevalent theme in all of literature, poetry, and culture, all with no intention of being superseded by other themes? Usually this comes with the portrayal of a charming gentleman trying to woo an equally desirable lady, all the while overcoming a hail of obstacles ranging from man-made and environmental ones, to acts of god and even the self.

Like all literature, the Bible does not lag behind when it comes to this theme. In fact, the Bible, also has many takes on romance, and is in and of itself a book of Romance. We can see this condensed in the story of Ruth. The book of Ruth starts off with a tragedy. In an attempt to escape the famine that was in the land of Israel at that time, Naomi’s family found themselves at the crosshairs of death. With the loss of her husband, Elimelech, and her two sons, and the decision of one of her daughters-in-law, Orpah, to return to her homeland, she is left with her Moabite daughter-in-law, Ruth. With news that the famine has ended in the land of Israel, Ruth and Naomi make their way back to Bethlehem.

This is where they were able to meet this man named Boaz who just so happened to be a relative of the husband of Naomi. Ruth was favored in the eyes of Boaz so he pours out protection and provision for her and Noami. Naomi, seeing this as an opportunity to redeem herself and her family, advised Ruth to subject herself to Boaz when he wakes up from the harvest festivities in an attempt to make Boaz redeem Ruth.

However God had other plans in the redemption of Naomi’s family. Because of the honesty and integrity of Boaz, Naomi’s plan made a thrilling detour. Boaz reveals that there is someone who is a closer relative than him who is lawfully more qualified to redeem Ruth. But, in spite of this, Boaz made a stand and assured Ruth that he will be the one to set a gathering with this closer relative.

With the elders of the town gathered as witnesses, Boaz mediated for the fate of Ruth and turned out that the closer relative turned down his responsibility upon discovering that included in the redemption in the field that was owned by Elimelech was the Moabite widow Ruth.

The story then ends with rejoicing and a redeemed family. Naomi who experienced death in the family, now was redeemed with Boaz taking Ruth as his wife. Ruth and Boaz bore a child and named him Obed. The passage then goes on to reveal that Obed was actually the grandfather of King David.

The story teaches us three things:

First, merely knowing Scripture does not automatically show a surrendered faith. You see, Elimelech and Naomi’s family were Israelites and it was most likely that they very well know the Law and Scripture. They might have even imparted their knowledge of Scripture to the Moabite women. But they acted not in faith. When famine hit the land, they saw that migration was the most practical thing to do – and rightly so – but we know that their migration cost Naomi’s husband and two sons.

In their journey back to Judah, the most sensible thing to do was to let her daughters-in-law return to their respective homes since it will be very difficult and dangerous to be a widow, much more a Moabite, in Israel. But because of Ruth’s bold faith to cling to Naomi, this ultimately led to their redemption.

When Naomi discovered that the man that showed favor to Ruth was a relative of Elimelech, she immediately came up with a risky plan to let Boaz redeem Ruth. But because of the faith and integrity of Boaz, he stalled Naomi’s plan after he revealed that there was a more eligible redeemer for Ruth. His faith equates to his godly character and his faithful observance of God’s commands

It is common to know a lot about Scripture yet not know its Author. Unknown to many, there is a very thin line between our Biblical literacy and our intimacy with God. Brethren, our intimacy with Him should be rooted in our knowledge of Him in Scripture which will then ultimately manifest itself as a life lived out in faith.

Second, God is a God that is actively working behind the scenes of our lives. Aside from the characters of the story talking about God, the narrator of the Book of Ruth hardly mentions God doing anything directly in the story – and that’s its brilliance. We see God’s providence at work behind every scene in the story connecting together the events, situations, and choices of the characters.

This should be an encouragement to us, that even though there will be times that we may not always see and feel God, the story of Ruth is sure evidence that God is always working for our good and for His glory regardless of what we may fail to see or feel.

Third, the story in and of itself foreshadows an even Greater Redeemer. Like Ruth and Naomi, we started destitute and desperate. Death was around the corner. Hope was nowhere near. Bitterness and sorrow filled our hearts. We remain busy and satisfied by gleaning through the fallen and broken things of this earth.

And like Boaz, the Greater Redeemer saw us in our desperate state. As we were gleaning through the temporal things of this earth, He pursued us and welcomed us into His field. He assured us that we are granted protection and security. He blesses us enough that we are able to share His blessings to others. He even became our mediator and spoke for us in our behalf – even to this day.

Because of the Greater Redeemer’s romance, our tragedy and death became our joy and new life. Our desperation turned into hope of a more secure and assured future with our Redeemer. Our satisfaction is no longer on the harvest field but towards the Lord of the Harvest.

As a young man currently in a romantic relationship with a beautiful sister in Christ, Jacqueline Sajulga, I can do nothing but be at awe of how far I need to live up to the romance laid down by Christ to her. In fact, by myself, it is unattainable – and rightly so.

Brother, it is not our role to replace Christ in her – or anyone’s – life. The same applies whether you are praying, pursuing, engaged in a relationship, or married. Our goal is to present her sanctified, pure, without spot or blemish, having cleansed her with the Word – just as Christ did for His Church.

By His grace, let us embody the Redeemer’s romance in our day to day lives by remembering that the romance of this world does not match the romance of God. So next time we watch or read a man-made love story, bear in mind the story of Ruth.