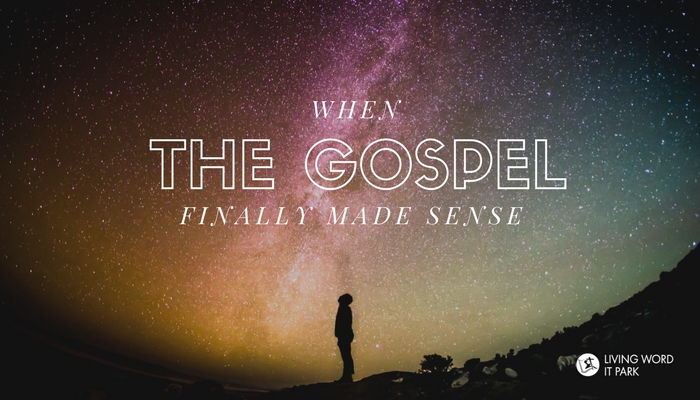 How God led a call centre agent to the church next door and the grace he found in Christ.

I have been taught with God’s word since I was a boy. I have heard the gospel and listened to several teachings about Jesus and His love for the people. My father is a pastor, my family are all believers and I knew the things about God, but never really felt the need of applying those truths in my life.

I hated living with my family and seeing the fact that I am under their authority. My goal then was to finish my studies and finally get a job and live on my own. I sought freedom and independence, I had that confidence that I can do things on my own.

In the year 2010, I graduated and immediately got hired by a BPO company in Makati. Things went well, my life was focused on my job, friends and other worldly stuff. I became addicted to cigarettes, marijuana, alcohol and sexual immorality. I felt great and I believed that the life that I was living was the perfect life that every individual should have. All I wanted was to enjoy what I was doing and justify things according to my own thinking.

But in those years, there were times that I evaluated my life and started to question myself if I am doing things the right way. There were moments that I felt convicted by the reality of God – who’s there, ready to judge my deeds. But that did not stop me from living a sinful life. I even convinced myself that if I’m destined to go to hell, so be it! I’ll get used to it anyway. All my life, I was feeding my pride and I became obsessed with myself. I never felt the need of God’s grace and instead, I enjoyed the act of running away from His presence. But God had better plans. It was the least of my expectations that God would send me to Cebu, meet a girl (my present girlfriend) who at the time was also seeking for the truth about God and we were both led to hear God’s gracious invitation for salvation.

My girlfriend and I decided to find a church and we found Living Word IT Park which is located right next to our office building. We both heard God’s word, and the sermon was all about man’s pride and how it ruined our relationship with God. I never expected that the words from the pastor’s sermon will minister to my heart. He gave me His grace to be able to respond to His word and the grace to acknowledge my sinfulness. He worked into my heart and for the first time, the Gospel made sense to me.

It has been 7 months since I decided to follow Jesus. Before I met Christ, my hope was on the things that are temporary. Now, as I walk by faith in the Son of God, my hope is in Him alone, His words are my refuge and strength. His everlasting love for us gave me that unspeakable joy and overflowing gratitude to Him. A sinful man who once was God’s enemy, became God’s adopted child and will be facing Him in eternity.