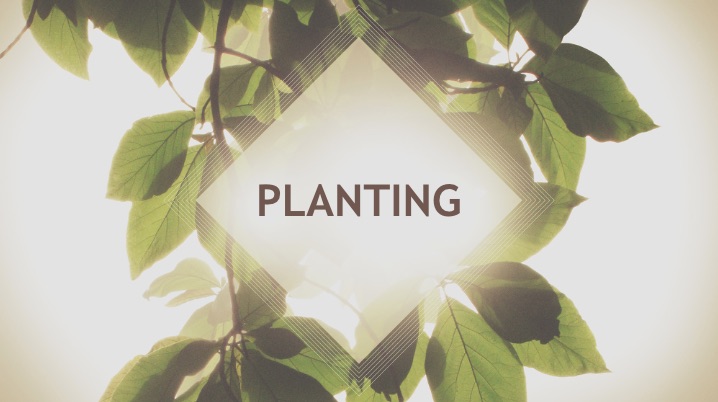 What you plant is what you get! This is a rule of life that you cannot escape, try as you may. If you plant mango seeds, you will get a mango tree, not a banana tree. The funny thing with us however, is that we plant mango seeds, expecting to grow a banana tree. Some people call this principle “karma”, but the bible is the ORIGINAL and calls it the law of sowing and reaping. This is what I would like to share in these verses.

Verse 7 says “Do not be deceived…”. We sometimes deceive ourselves into thinking that we can get away with certain things with God. Sometime ago a PAL airplane exploded in Japan killing one person and injuring some. Investigators say that somebody must have slipped either guns or firecrackers inside the Mactan airport, in spite of the security. Somebody was able to escape security. While we may be able to do that with men, we cannot do that with God.

Verse seven says that “God is not mocked.”- It simply means God cannot be fooled; He will give you the fruits of your planting. While you are living life in the present, you are planting and you are planting for the FUTURE. Some of us have planted good things and we will REAP the rewards in the FUTURE.

Others may be planting bad things while living in the present and will certainly reap bad things as well. One example would be in the area of cheating. Why do people CHEAT? People cheat because they want to get what they want with NO EFFORT . The problem is that with this kind of attitude, short cuts would mean violating God’s laws more often than not.

When people cheat, they don’t realize that they are actually cheating on themselves. For example, there are students who cheat in Mathematics for convenience sake. The problem when you cheat in Math is that you won’t know the answers when you go to the next level because every study is foundational to the next.

Let me share to you a story that depicts the truth of sowing and reaping. The huntsman of Farmestein was shot dead in the forest by some unknown hand. Twenty years after, his son who had obtained the same position, shot at a stag, but missing it, hit an unseen man. As the unseen man lay dying, he said to the son of the huntsman,” I am the man who shot your father, just here, under this oak. The very ground where we now are was dyed with blood; and it has evidently been destined that you, son of the murdered man, should on this precise spot, without any thought or intention of such thing, avenge the act on me. God is just.”

Let me share to you other examples in history. Herod the great, the slayer of the innocents, and the first persecutor of Christianity, was overwhelmed with agonizing physical disease; and his numerous families were extinct in a hundred years. Pontius Pilate, who condemned Christ, was soon after expelled from office, and committed suicide. The persecutor Nero, after slaying thousands of Christians, among them Peter and Paul, attempted to take his own life; BUT FAILING THROUGH COWARDICE, called others to his aid. The persecutor Domitian, was murdered by his own people. So was it with Emperor Caius, Severus, and Heliogabalus. Scarcely one, if any, of the prominent persecutors of the church, died deaths of violence. Maximinus put out the eyes of thousands of Christians; soon after which a fearful disease of the eyes broke out among his people, of which he himself died in great agony. Valens, who caused fourscore presbyters to be sent to sea on a ship, and burnt alive, was himself defeated by the Goths, fled to a cottage, where he was burnt alive.

IF WE LOOK AT IT THERE IS NO OTHER ALTERANATIVE BUT TO DO GOOD IN LIFE, IF WE ARE TO SEE GOD’S GOOD IN OUR LIVES. TO DO OTHERWISE IS FATAL. Of course we need to understand that when we plant we do not get an immediate harvest. [Gal. 6:9] We will however get our reward for sure, the only thing we need to do is wait. Let me just end with another illustration. The great Dionysius called great musicians to play for him even as he promised them a great reward after playing. When the musicians, however came to him for their rewards, Dionysius would not give them anything. THIS IS NOT TRUE WITH GOD—–GOD ALWAYS KEEPS HIS PROMISES.