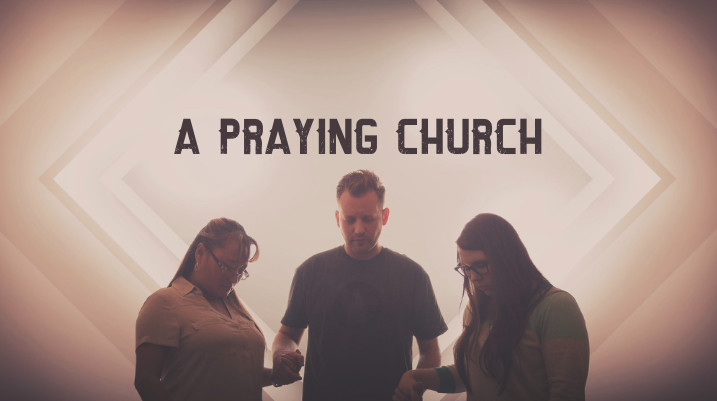 The book of Acts is a very good book to study as a model for the church, and it is likewise here that we see the priorities of the church. In view of this, we can therefore realign our priorities according to the early church. When we look at the church before, it did not seem to have complicated processes, but if there is one word to describe the church, it is POWER.

This seems to be the reverse situation of the church nowadays. Our methods have become high tech, albeit, our power seems to be running at low voltage. The problem lies in focus; we’re focusing many times on the wrong things. The early church understood where to place their focus: PRAYER!

Let me begin by taking a look at the early church’s SUPPLICATION IN THE UPPER ROOM (Acts 1:12-14)

1:12 Then they returned to Jerusalem from the hill called the Mount of Olives, a Sabbath day’s walk from the city. 13 When they arrived, they went upstairs to the room where they were staying. Those present were Peter, John, James and Andrew; Philip and Thomas, Bartholomew and Matthew; James son of Alphaeus and Simon the Zealot, and Judas son of James. 14 They all joined together constantly in prayer, along with the women and Mary the mother of Jesus, and with his brothers.

A few things can be observed here. For one, they were meeting upstairs. Now, what could possibly be the significance of this? Well, during those times, large groups normally would meet in upper stories because the largest rooms were upstairs (cf. Acts 20:7-9).

The lower stories had smaller rooms so that their walls would bear the weight of the upper stories. Herein, we see that people in the early church saw the importance of prayer, that’s why they came in LARGE NUMBERS. They could not be fit in the lower rooms, instead they had to be in the upper room which had bigger space. The Bible adds in v.15 that they numbered to 120.

According to Bible scholars, this may have represented the entire church at that time. PRAYER MEETINGS was indeed popular with them. Nowadays, it is considered the most boring church activity.

A second observation should be noted with the phrase: “CONTINUALLY DEVOTING THEMSELVES TO PRAYER“. THE GREEK implies to us that they were diligent in their pursuit of PRAYER. It also tells us that they had a mind to it, meaning that they really wanted to pray and that they were not forced into it. HOW DIFFERENT IT IS TODAY, WHEN YOU ALMOST HAVE TO PUSH PEOPLE INTO PRAYING! PRAYER WAS A WAY OF LIFE FOR THE CHURCH.

If we are to use the pattern of the early church, then we must develop a CONSISTENT, CORPORATE PRAYER LIFE. Having said that, we must understand that prayer was not a mere show of piety, nor a facade for spirituality for the early church. Prayer was a way for “Thy will be done on earth as it is in heaven.”

In Acts 4:31, we find the impact of corporate prayer in terms of boldness in sharing the gospel.

Acts 4:31 After they prayed, the place where they were meeting was shaken. And they were all filled with the Holy Spirit and spoke the word of God boldly.

Let me share to you the example of Jonathan Edwards, a preacher in colonial New England, who was considered as the man used of God to usher in one of the most notable revivals in North America. Interestingly, he didn’t possess the qualities of a good speaker. His voice and pulpit presence were not commanding, and yet many lives were changed with his preachings. His message “Sinners in the Hands of an Angry God“, according to historians, is the sermon that sparked the revival known as the “Great Awakening“. From a human perspective, it is hard to credit such an outstanding revival from a single sermon. What we don’t know is that there is a story behind that sermon. John Chapman gives us the story: “For 3 days Edwards had not eaten a mouthful of food; for 3 nights he had not closed his eyes in sleep. Over and over again, he was heard to pray, ‘O Lord, give me New England! Give me New England!’ When he arose from his knees and made his way into the pulpit that Sunday, he looked as if he had been gazing straight into the face of God. Even before he began to speak, tremendous conviction fell upon his audience.“

Another result of prayer is a harvest of souls. We need to remind ourselves constantly, that revival is not the result of any human engineering, genius, or method. Souls get saved as a result of the work of the Holy Spirit, in answer to our prayers.

Acts 6:7 So the word of God spread. The number of disciples in Jerusalem increased rapidly, and a large number of priests became obedient to the faith.

In conclusion, let me relate a story of a minister who died. At his death, his critics began to “feast” on him. One member spoke and said that he did not care about those things; what was important was that this man had the greatest calloused knees he had ever seen in his life.